A few weeks ago I shared about this chalkboard project.  And two things got me thinking…
# 1. How much I loved the end result and  #2. That I paid $15 for a quart of paint and only used a tiny amount… 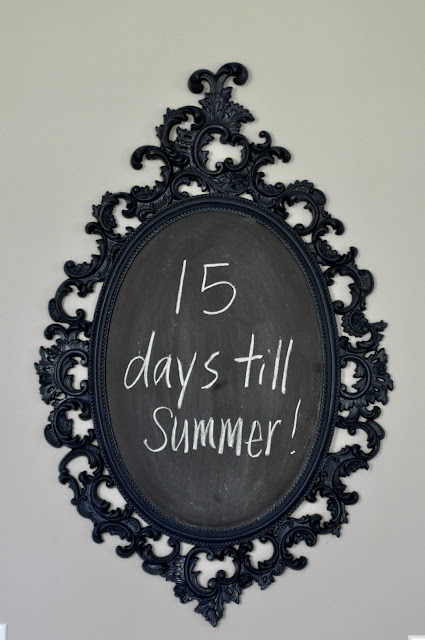 So, I decided to do a little kitchen updating.  When we moved in seven months ago, we painted the kitchen grey and planned to eventually install a tile backsplash. 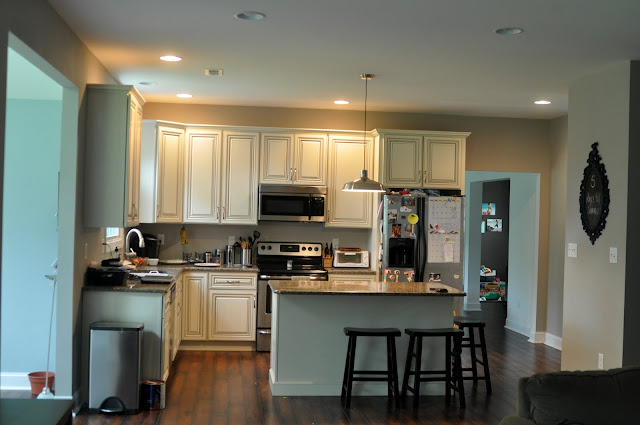 As you can tell, the backsplash hasn’t happened yet, and I have a feeling it’s going to be a little while, so in the meantime…
Chalkboard Backsplash! 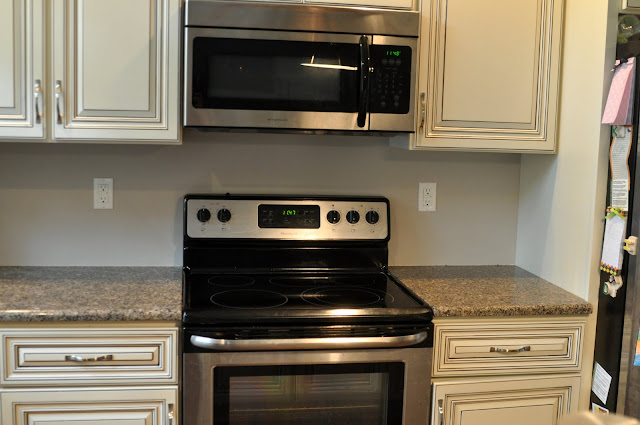 Do you ever get midway through a project and have an, “Oh my word… what was I thinking,” moment???
Yeah, I was having one at this point… The black seemed really black! 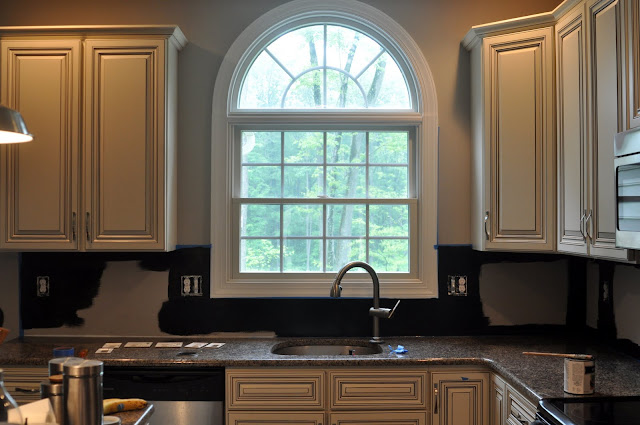 I pushed through the doubt and kept painting.  The hubs knows I’m impatient, so he made me promise to wait until nighttime to draw any chalk on the backsplash.  He wrestled the chalk from my hands kindly made his point and I finally conceeded…  or so he thought!!! 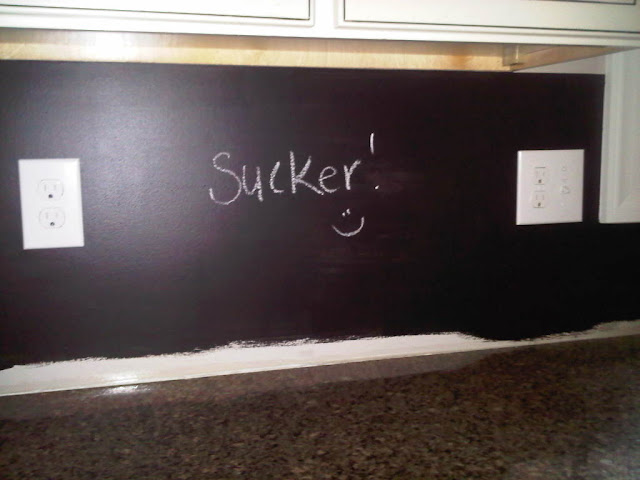 We might have been leaving for a birthday party, and I might have forgotten something inside and not been able to resist the temptation to leave a little note on the wall… then, I might have taken a picture with my Blackberry and texted it to Eric once we were all in the car…  It also might have been awesome! 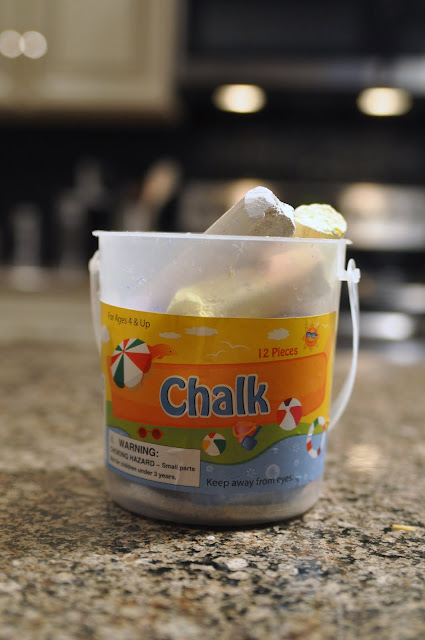 Later that night (when the paint was nice and dry) I used wide sidewalk chalk and colored the entire surface of the backsplash.  Then I used a dry cloth to wipe it off.  This got rid of the stark black and gave it more of the chalkboardy look! 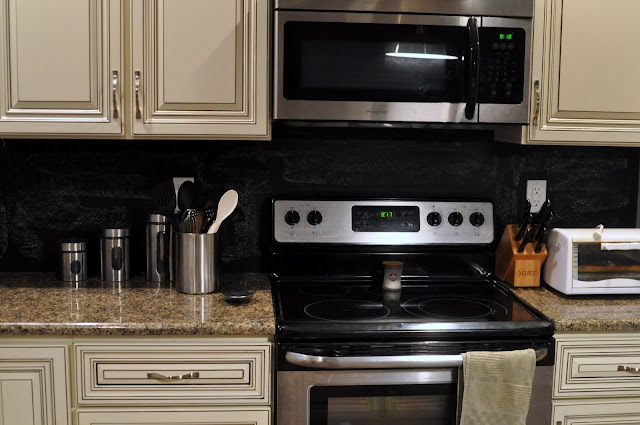 Then I began writing… Well actually, I sat around thinking that I’m sooo uncreative and that whatever I wrote would seem crazy cheesy.  I did finally find one quote that I think is a really good reminder for me…
“Do what you can, with what you have, where you are.”
-Theodore Roosevelt
(And yes, Eric has already used this quote about 3487036 times in the last hour and mocked me incessantly) 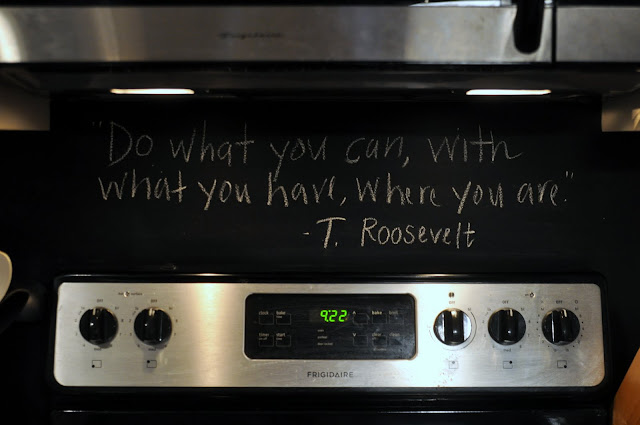 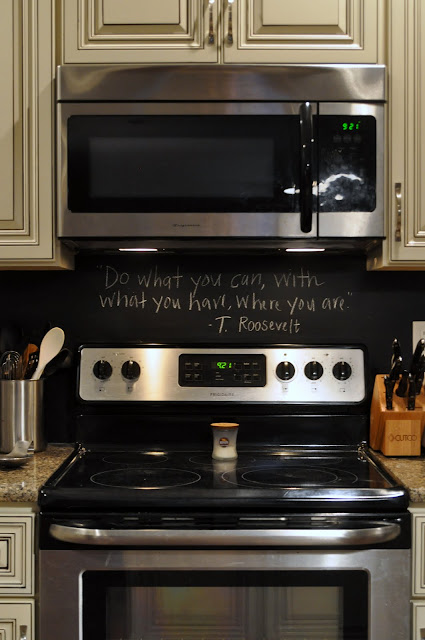 We don’t really drink coffee (I only do Starbucks) but my mom does, so we labeled the Keurig for her! 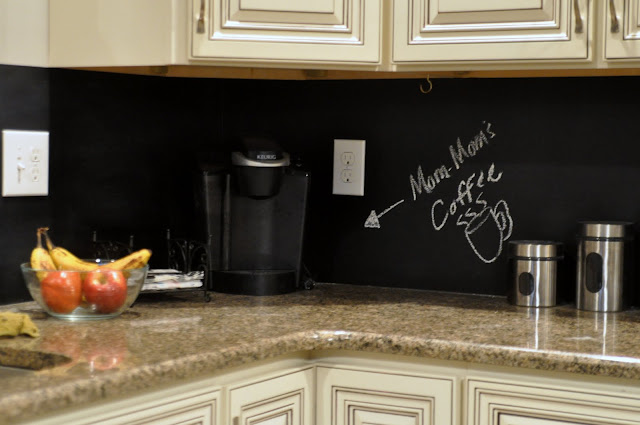 A friend suggested listing the kids’ favorite ice cream flavors and they loved that idea! 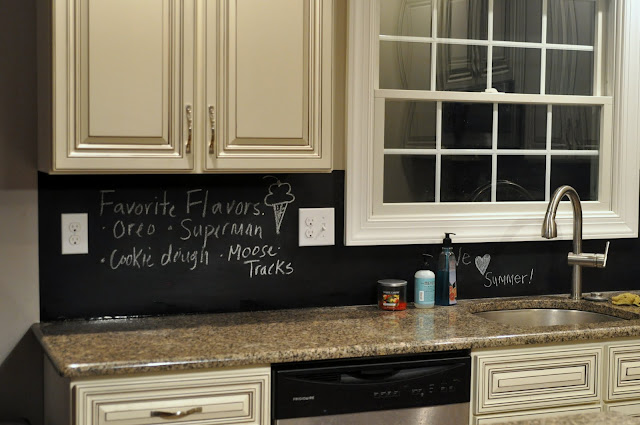 I’m really happy with the result.  I think the black makes a really nice contrast with the cabinets and gives the room a sort of “utility” look.  This will definitely work until the tile backsplash is ready! 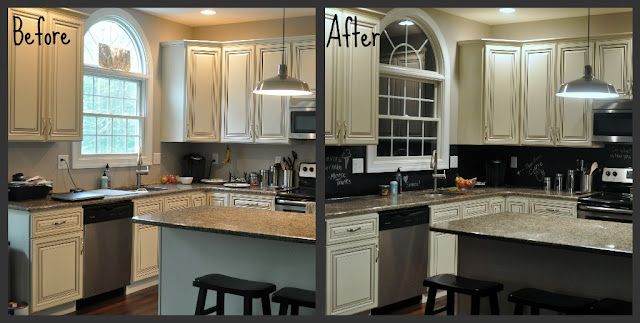 So, what ideas do you have for fun things I can write on my new walls?