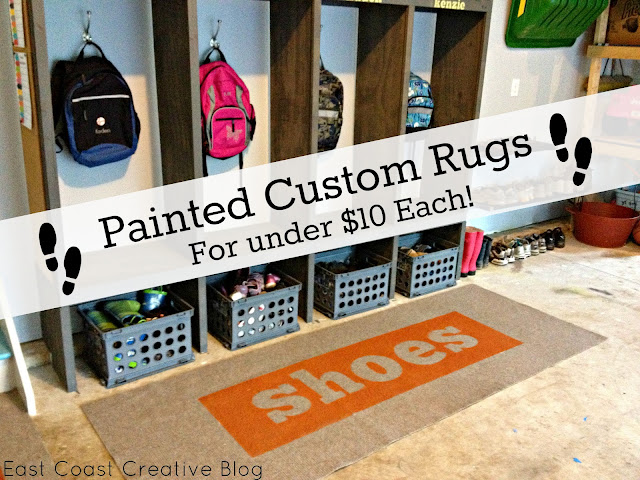 Hopefully you got to see my Garage Mudroom Makeover.  If you missed the reveal, you can check out the full post here. 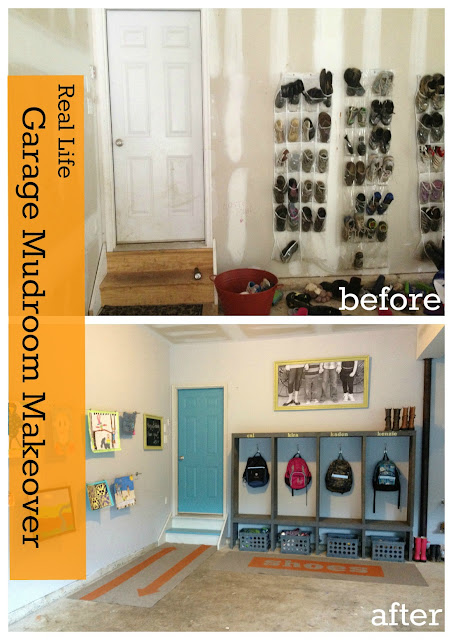 Today I’m giving you the inside scoop on the fun rugs I made.  I’ll be sharing the other tutorials over the next few days. 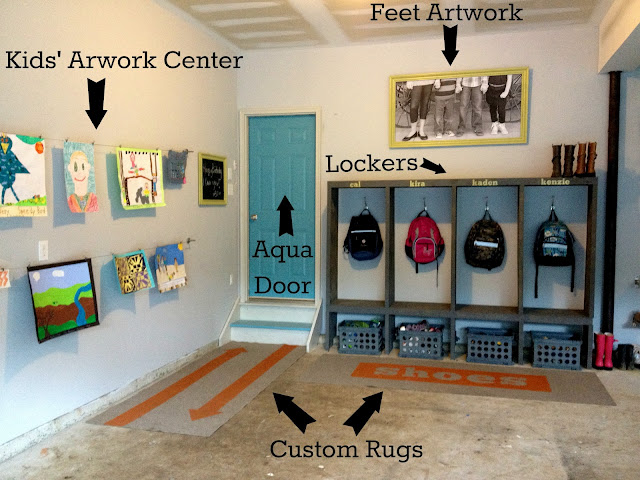 I used the same Home Depot rugs that I used for my stenciled outdoor rug.  Check out that post for all the details on where to buy them.  They were under $20 each! 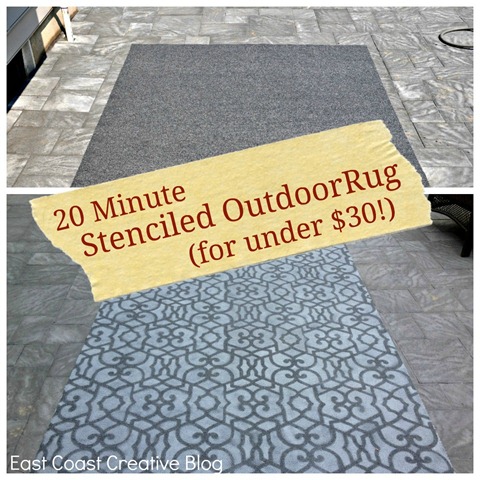 Instead of one big rug, I wanted two runners, so I folded it in half and cut it. 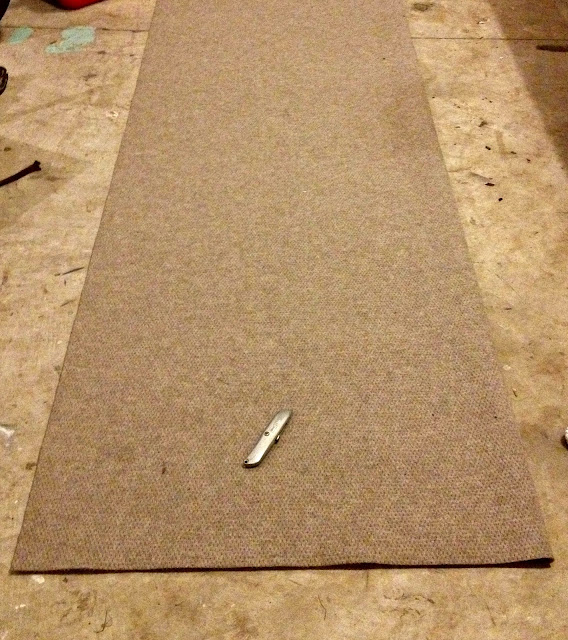 For the first runner, I decided I wanted some graphic arrows going in and out.  I measured from the side, and used chalk marks to keep my lines straight. 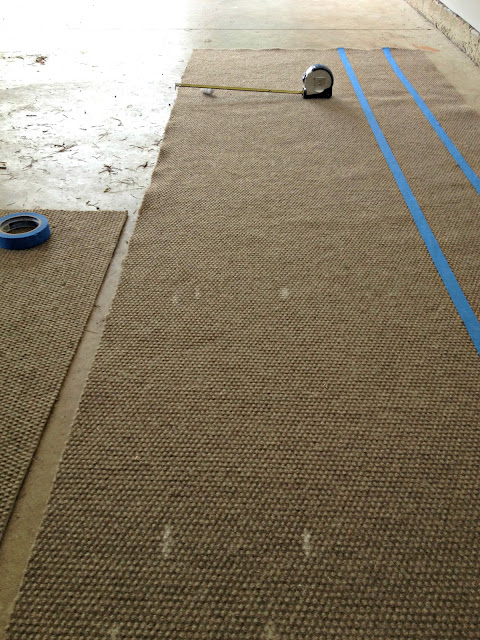 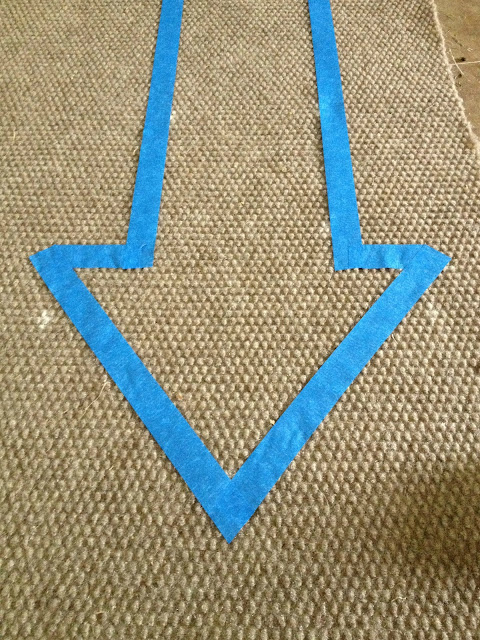 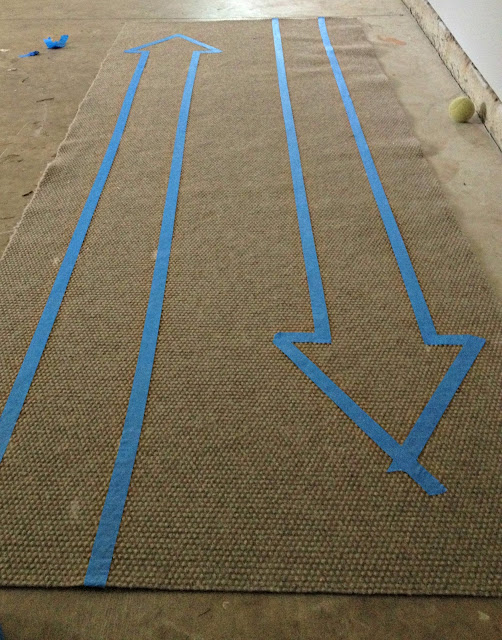 Once it was all taped off, I had to cover the rest of the rug.  I had a pile of old circulars around, and they did the trick! 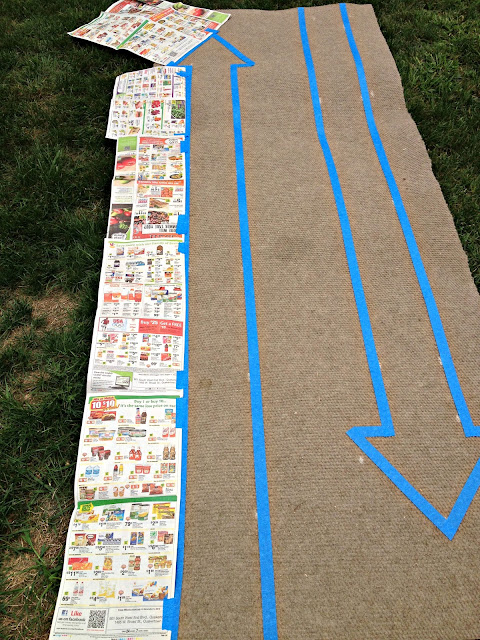 It was a tad windy, so the hubs helped by holding up a piece of foam core (we had used it as a target at Kira’s Brave Party) so the spray paint wouldn’t get all over the rug. 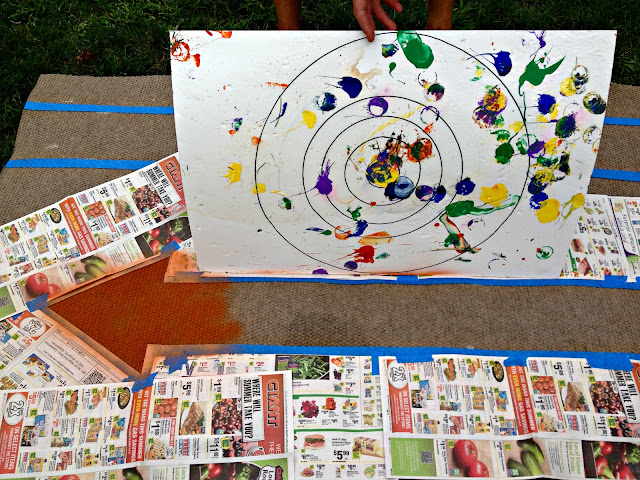 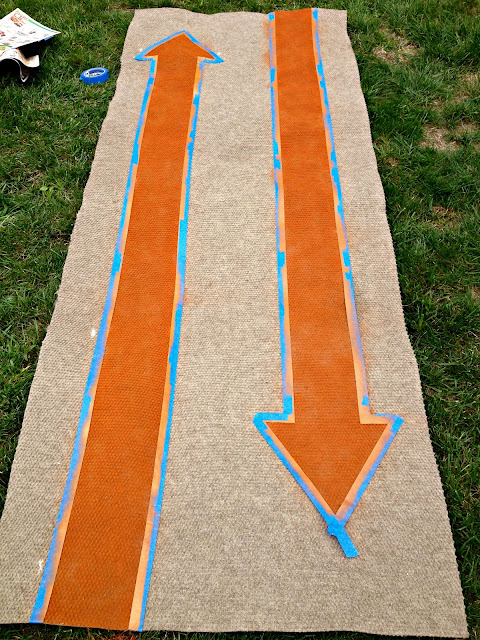 Because of the wind, some of the paper lifted and I had some bleeding.  Thankfully, soap and water removed it all and I was left with crisp lines. 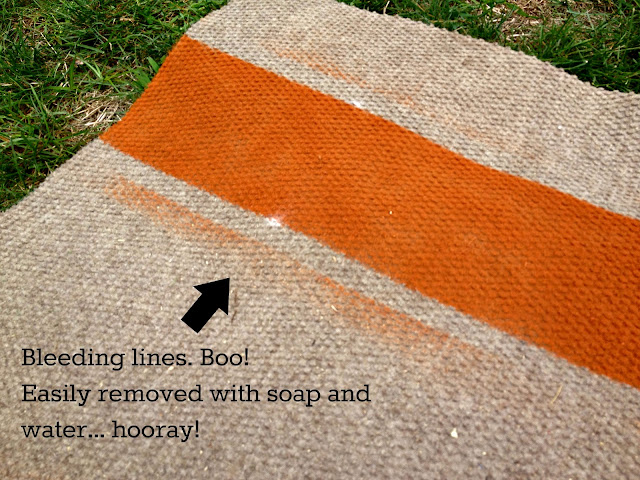 For the second rug, I was excited to use our new Silhouette Cameo. I wanted to write the word shoes nice and large so that my crazy kids just might happen to remember to put them away! So far it’s working! 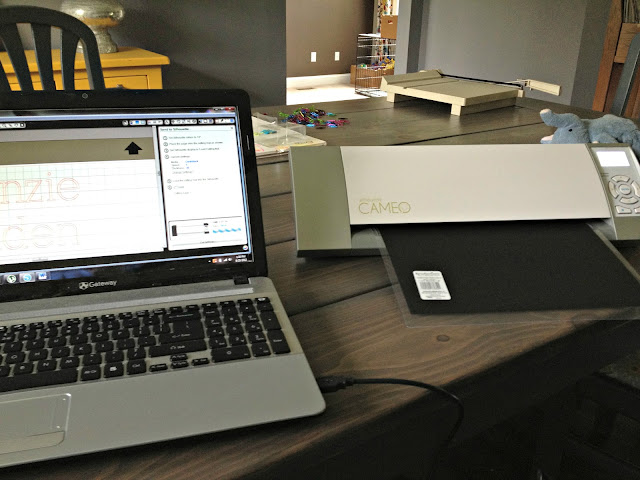 For this rug, I wanted to have the letters be negative space, so I taped off the area to be painted and then used spray adhesive to attach the letters to the rug.

I used the same method of covering up the rest of the rug so that I could spray paint it. 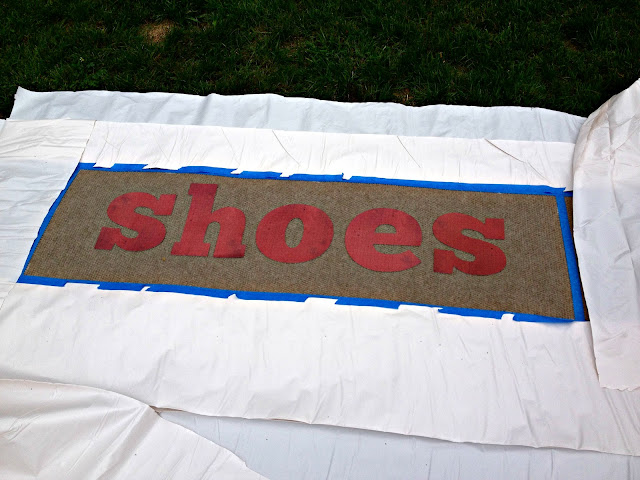 I was so excited to see how crisp the letters turned out! 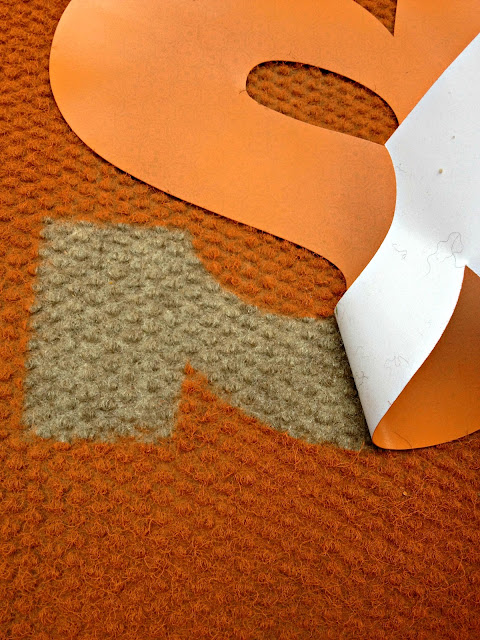 I’m such a fan of graphic word art and these rugs make me excited every time I walk in the door. 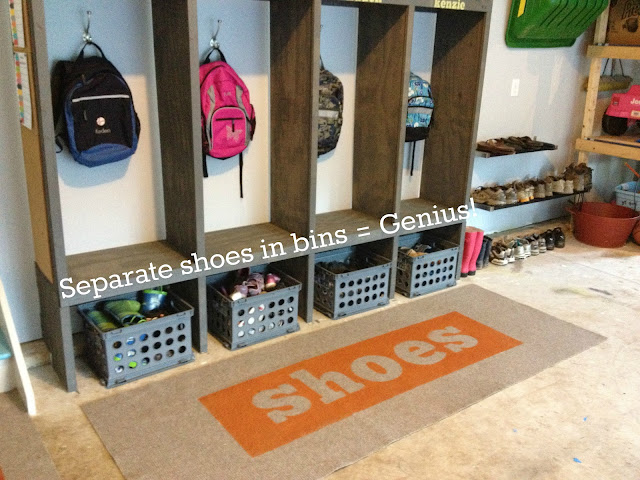 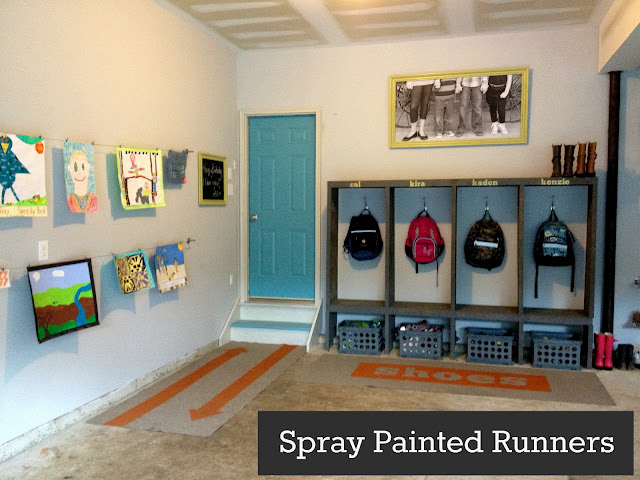 What do you think?
Will you be trying out some DIY Rugs anytime soon?