Before I could do any Christmas decorating, I had one major problem to take care of… the huge broken TV and the massive custom shelving built around it.  It’s funny because this was a HUGE part of my 48 hours, but because it wasn’t just decorating, they hardly even mentioned it in the episode! 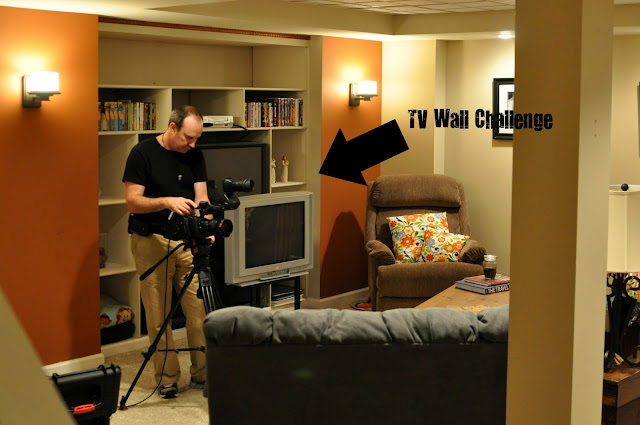 I knew that the TV was broken and the little one was being used temporarily, but I didn’t know what to do with shelving that was made specifically for a ginormous box TV.  I considered building shelving within the shelving and then remembered that I didn’t have a clue how to do that and only had about 8 hours… onto plan B. One thing I did know how to do was build a pallet wall.  Remember this project we recently finished? 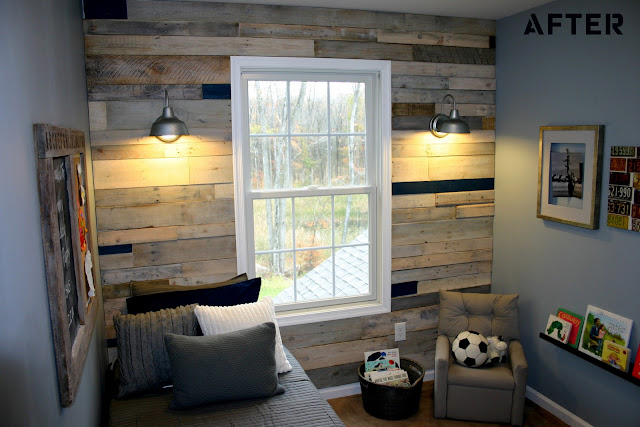 I thought Jess and Kev wouldn’t mind if I covered up the gaping hole in the wall with some cool pallets, and so I went to the garage to see how many they had sitting around and then sent the hubs on a little search for more pallets!
The first step was removing the molding all around the edges.  (Oh, and removing the beast of a TV…good thing I’m super strong! hehe) 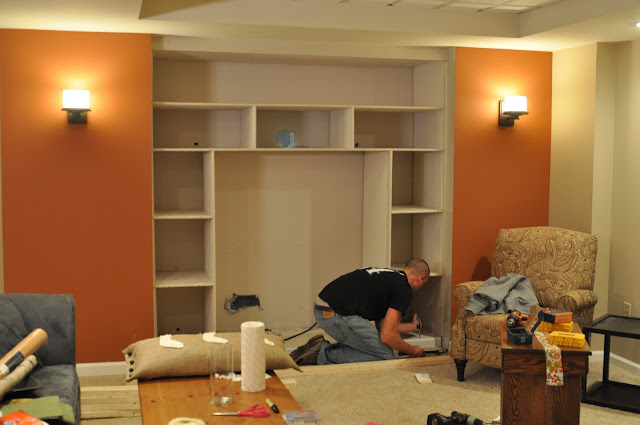 Next, we used 2x4s to create studs that we could nail the pallets into.  This wasn’t quite as easy as doing it on a normal wall because we had a lot of open space. 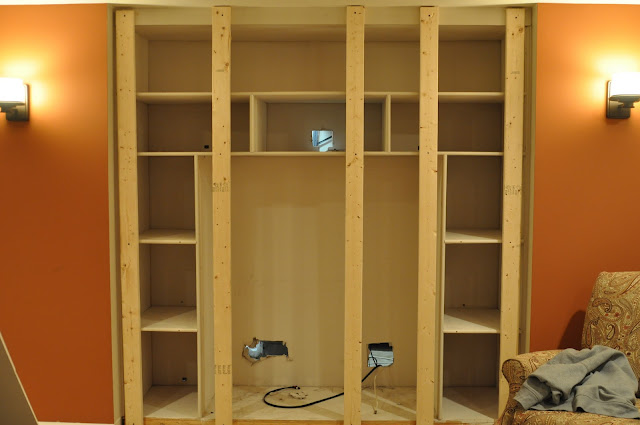 The process we used was exactly the same as our last pallet wall, so if you want all the directions head over to this post.
My favorite part of this wall is the awesome pattern that some of the pieces of wood had.  I feel like the circles are a great contrast with the natural tones of the wood. 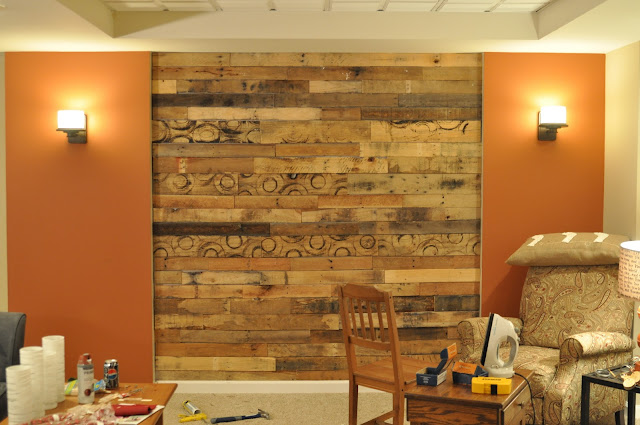 I think the finished product is just a wee-bit better than before, don’t you? 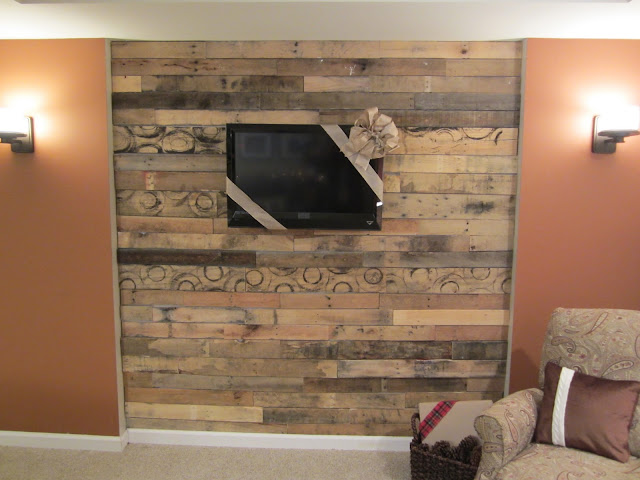 Once that little challenge was taken care of, I could breathe a sigh of relief and move on to some decorating! 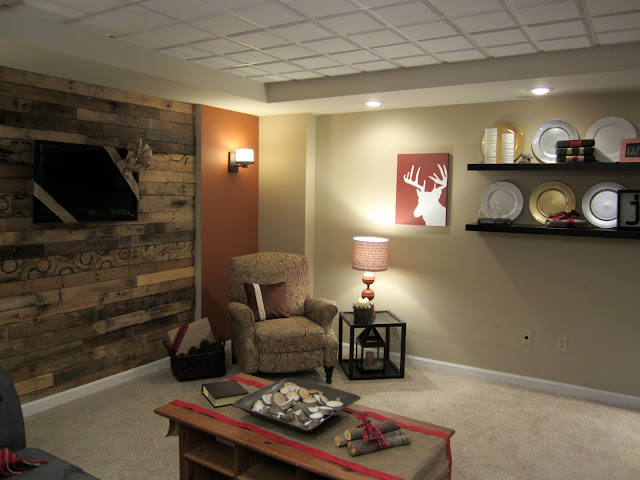 I hope that seeing another fun wall ‘o pallets is sparking your creativity! I think the two walls I’ve done have turned out to be some of my favorite DIYs in a while!
And just because it was too fun not to share… Tonight the hubs and I hosted a dinner and cookie decorating night.  35 of us had a blast eating, decorating, and spending time together.  Jess and I are so thankful for the awesomely fun people in our lives! 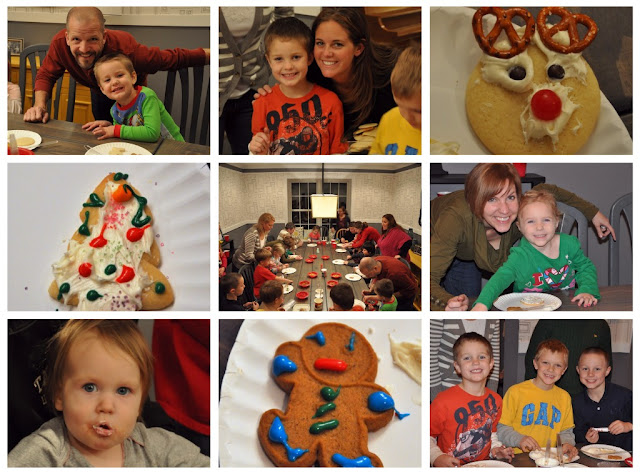