Back in May, I posted about this frame that I made from reclaimed barnwood: 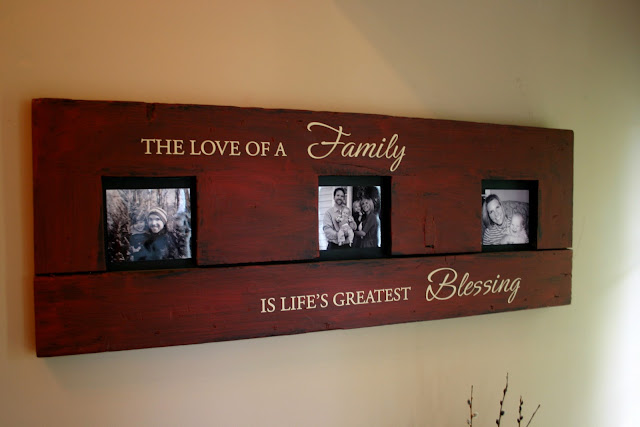 This piece is one of my absolute favorites. It’s the first frame I made from barnwood, and is what began my love affair with all reclaimed materials. I had purchased the phrase from Uppercase Living to to add to the frame and for almost 3 years, this frame has made me very happy. But…. (you knew there was going to be a but, right?) I was ready for a change and a shift in style. I’m so into modern typography of any kind right now, and am trying to pull together my house so that it has a coastal/cottagey look, so I knew just what I wanted to do to bring this piece in that direction. Source: ashleyannphotography.com via Jessica on Pinterest
Inspired by the House Rules print above, I picked up 2 in letter stencils at Walmart and went to town. Source: walmart.com via Jessica on Pinterest
I love the idea of having words around your home that are meaningful to you and your family. I chose the phrases from the print above that I felt like were most appropriate for us, and also ones that could grow with us and began to stencil them onto the frame (after removing the other phrase). I definitely did NOT measure anything out or figure out in advance how many letters could go on each line. I just sort of made adjustments as I went along. I would NOT recommend this if you want perfection. But for me, I love the fact that the phrases are a little wonky because that adds so much charm and character to the piece. 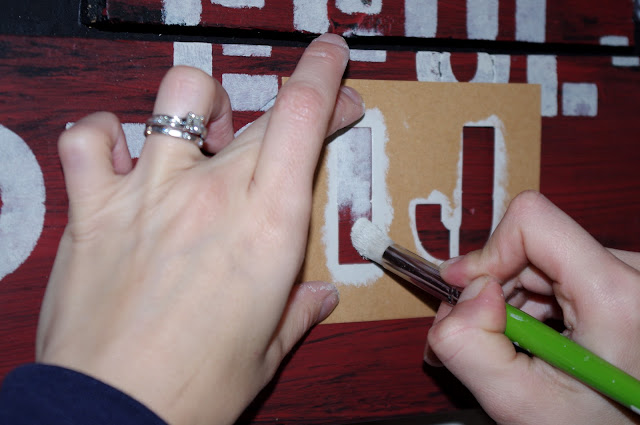 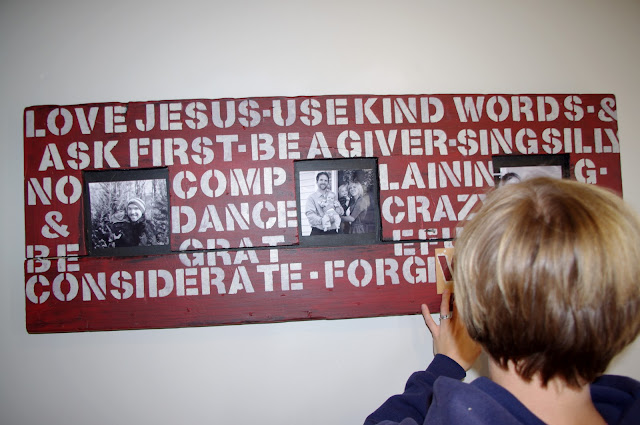 I started out stenciling the frame on the ground, but it ended up being easier to stencil it while on it’s usual spot on the wall! At this point, I was beginning to panic. I wanted a more modern look that still had a weathered feel- you know an updated cottage look, (What? You’ve never heard of that before? Hmmm….), but this was a little too bold for me. I knew that I had to carry out my plans, though, before I could make any judgement on it. The next step was to take it outside and give it a light sanding using 120 grit (really fine) sandpaper. I wanted to get rid of that just-painted look. 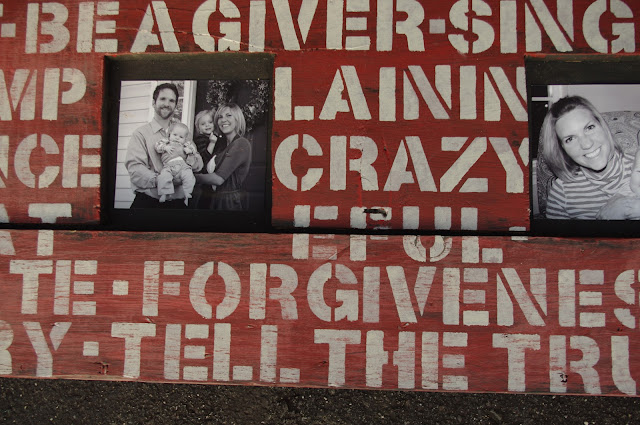 Then I hit it with some Antique Glaze in mocha. This really is so easy and totally adds another layer of interest to my frame (read more about glazing here). 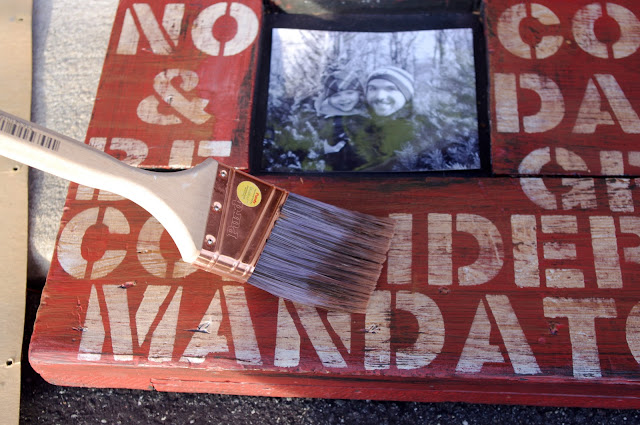 Then, after it had dried, I brought it in to admire my handiwork! It’s amazing how one frame can look so different. And don’t you love projects that you can do using the stuff you already have? It satisfies my need to create, while staying within my budget. Woohoo! 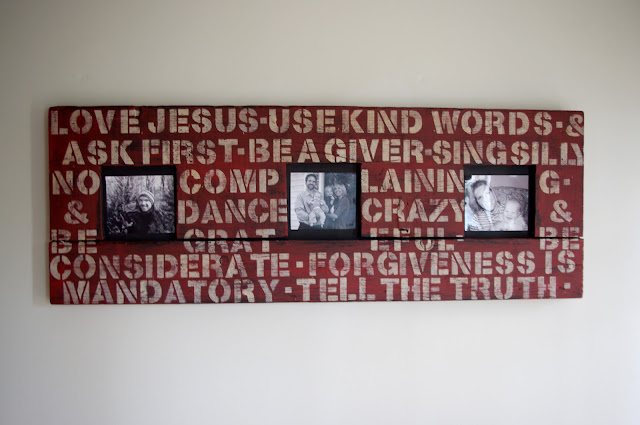 And the verdict is?  LOVE! I’m so thrilled with the way it turned out, and love the graphic look of the phrases on the frame as well as the distressed finish. 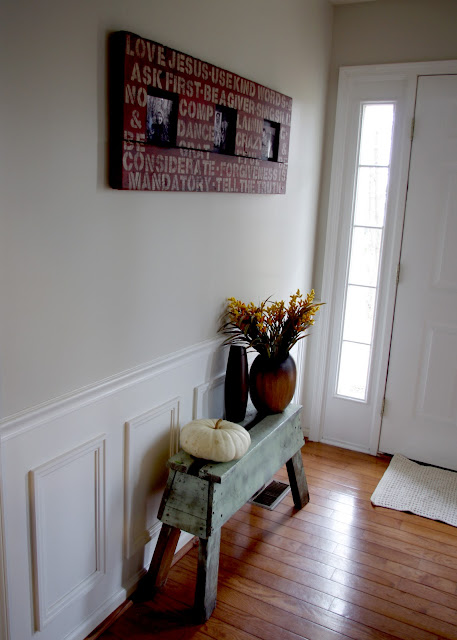 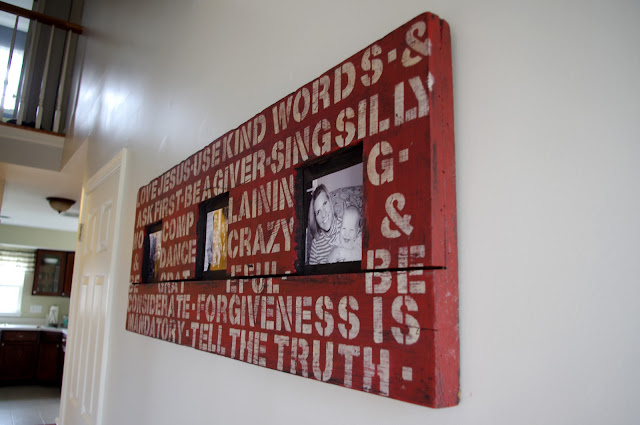 Want to see the side by side before and afters? Yes? Ok then. 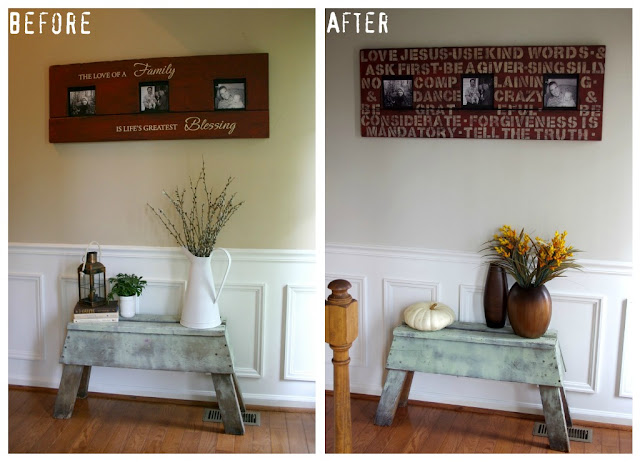 So different, but oh so cool. And you just can’t beat nearly free.
What do you think of my $2.00 barnwood frame transformation? Do you prefer the old or the new?
Linking up to: Tutes & Tips