Did you ever think one of your projects was completely ruined, only to turn around and realize that it’s imperfection was awesome? Lucky for me, that was the case with this mirror. 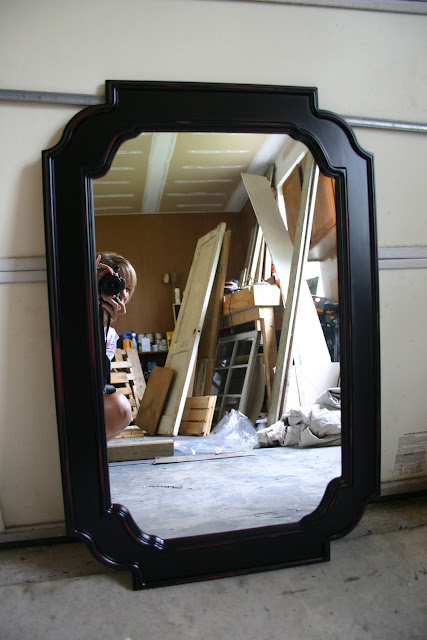 I purchased this mirror at Lowes for $20 on clearance and had planned to use it in my bathroom makeover. However, because of the mess I got into with it, and the imminent arrival of Nate’s crew for taping #3, I was forced to find another mirror to temporarily fill the spot above my new custom vanity. As it turns out, I love the mirror I used in there temporarily, that now it’s permanently fixed there. 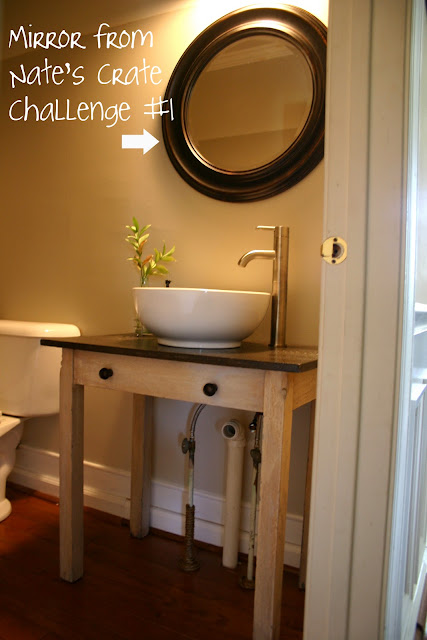 Anyway, back to the real reason for this post: the mirror from Lowes. My plan was to paint it white and then antique using glaze… 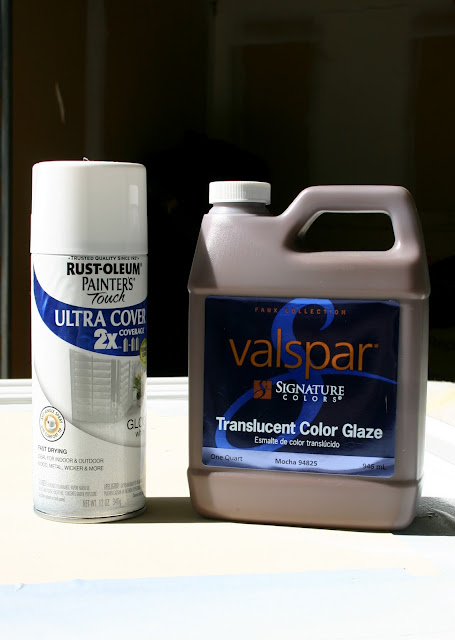 The first thing I did was to spray the mirror in Rustoleum’s Heirloom White. Mistake #1: I didn’t use any primer. No surprise there, I guess. Then I applied the antiquing glaze according to the instructions. I had read a bunch of tutorials on this, but really, it’s very simple. Brush on, let sit for a minute or two, then wipe with a clean, lint-free cloth. The idea is that glaze will settle into the cracks and give the piece an aged look. 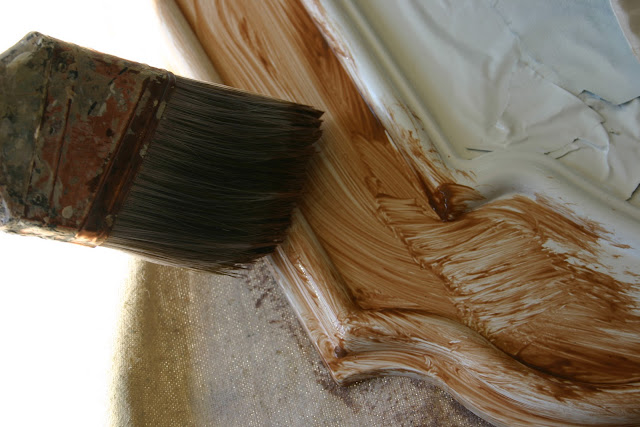 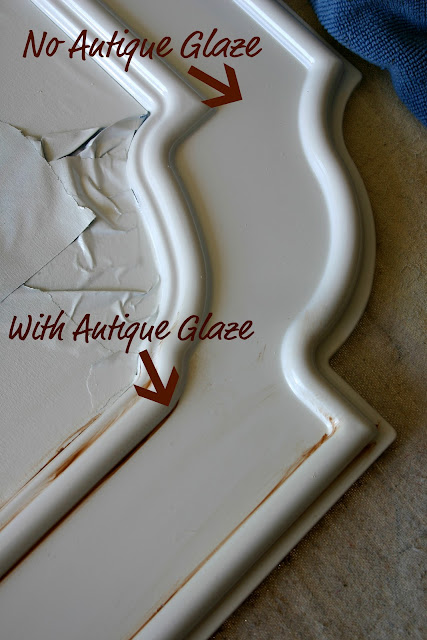 At this point, I was totally loving the mirror. It was turning out exactly as I had envisioned and I was doing a happy dance. 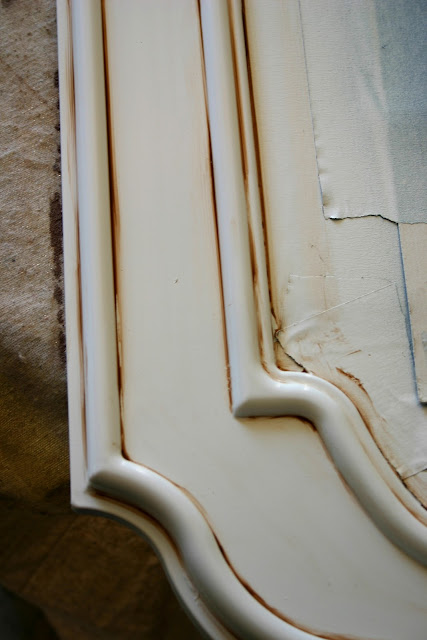 Then, I took the mirror into the bathroom to see how it looked and guess what? The heirloom white was not white enough. I wanted a very clean, crisp look since all of our trim was freshly painted white. So, I decided to go ahead and spraypaint the mirror again (because spraypaint fixes everything, right?) This time I used Rustoleum’s Ultra White and all was right in my spraypainting world again. Until it dried…. 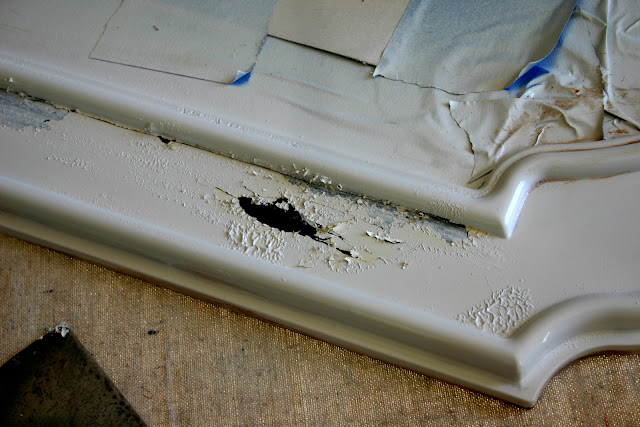 Ahhhhh! All of a sudden the paint began to bubble and peel in spots. Could it be because I didn’t use primer, because I didn’t sand in between coats, or because I spraypainted right over the glaze? (Mistakes #1, 2, and 3.)Who knows?! All I know is that this mirror is not solid wood, and I wasn’t sure it would hold up to a full-blown sanding to get rid of all of the paint. At this point, my hubs suggested throwing the whole thing in the trash and starting over. Not so fast! 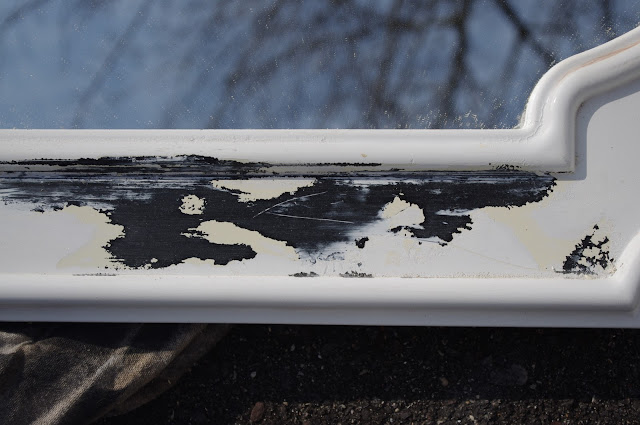 As I sanded it a bit more, I began to see that it just might not be so bad. The black and heirloom white showing through gave the mirror a lot of character, almost like a Pottery Barn-esque feel, or an old mirror you might find in a corner of an antique store. Why not try to distress the rest of it and see if I liked it? 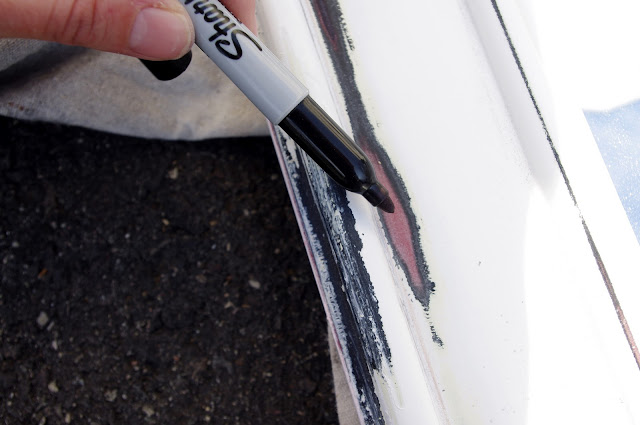 As I distressed it more, some of the red tones came out, so I simply colored those spots with a Sharpie, and wiped with a damp cloth to blend it in. I was left with:

This beauty!
I really really love it, and although I know it’s not everybody’s taste, it’s mine, and I’m thrilled with it. 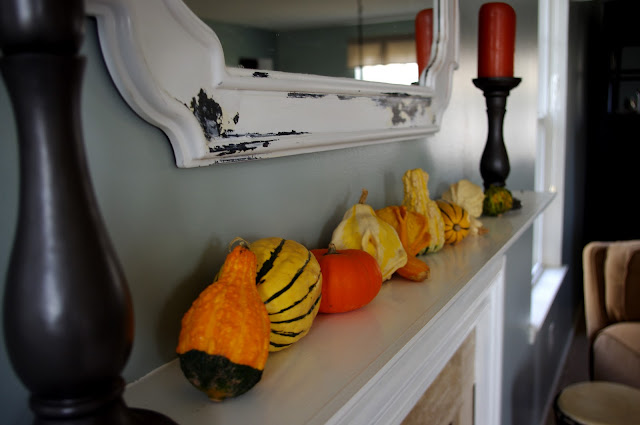 It has so much character, and I can’t believe that whole mess turned into something I adore! 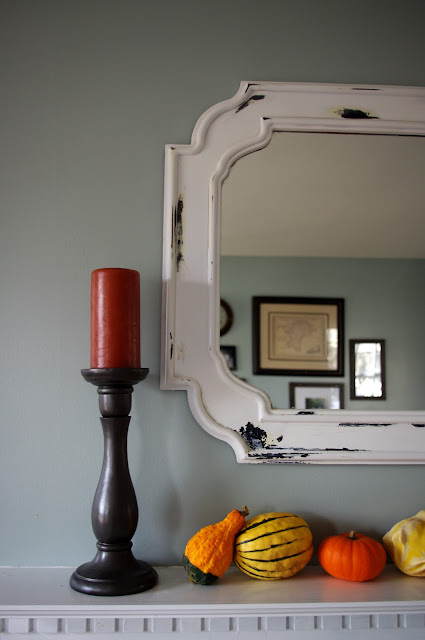 Lesson learned: Don’t give up so easily. Beauty can come out of imperfection when you least expect it!
Have you had any design-disasters-turned-miracles?