This past Sunday I attended a baby shower for my older sister at her mother-in-law’s house in Lititz, PA. If you don’t know where Lititz is, it’s right in beautiful Lancaster County. Honestly, if I had to move out of Bucks County, you could find me in Lancaster. I really love the charm and old-world feel.  Anyway, Mrs. W. (the mom-in-law) has lived in the same house her entire life, with the exception of only six years. It’s a lovely old farmhouse that has undergone several renovations. One such renovation occurred in the seventies, and transformed the house into one with wood paneling and shag carpet. In the nineties, however, the W’s started making some changes to update the look, while trying to preserve the good bones of the farmhouse. This wasn’t easy, since the previous renovation had gotten rid of the great deep-silled windows and some of the other important historical pieces. That brings us to three years ago, when Mrs. W. decided she had enough with the small, enclosed rooms and decided she would knock down some walls to form what is now her gorgeous kitchen. This is where my kitchen envy comes in. Just take a look for yourselves: 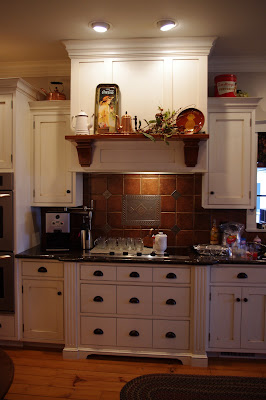 The house has high ceilings- I don’t know, maybe 10 feet high- which just adds to the spaciousness of the kitchen. I couldn’t get enough of the stove area, the hood above it and the mantle/shelf mounted to the hood. And the backsplash is beautiful as well. 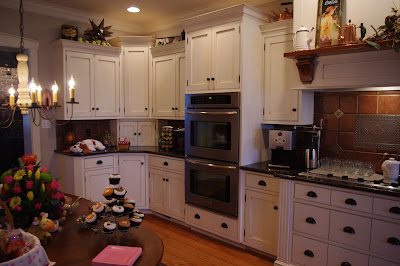 There are soooo many cabinets, so there’s plenty of room to store all your dinnerware, your neighbor’s dinnerware, their friend’s china and a small child. Also, check out the double wall ovens! {Swoon} I have no need for double ovens since I try my hardest to never have to bake anything, but it’s still swoon-worthy as far as nice kitchens go. 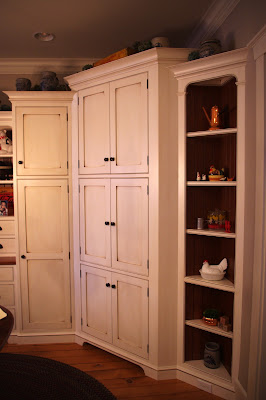 On the opposite wall of the work area and across the kitchen, there are these gorgeous built-ins. They honesetly look like big, beautiful pieces of furniture. 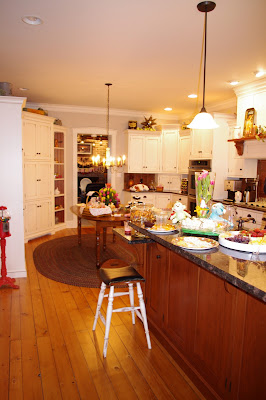 Here’s a glimpse of the entire length of the kitchen, including the 10 foot-ish island in the middle. 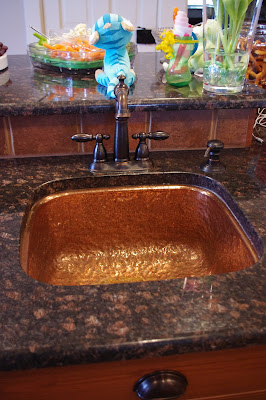 You may wonder why I would take a picture of the sink, but did you happen to notice that it’s copper??!! So cool! 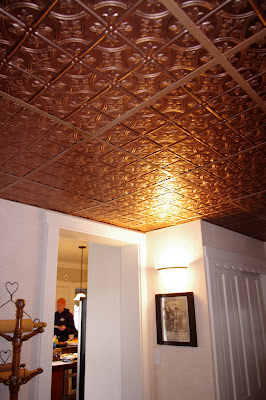 The entry has a copper-paneling ceiling which was fabulous, as well. I had to stop taking pictures because I feared that the W family might think I was crazy and I didn’t want to be the cause of any issues between my sister and their in-laws. That would not be good. 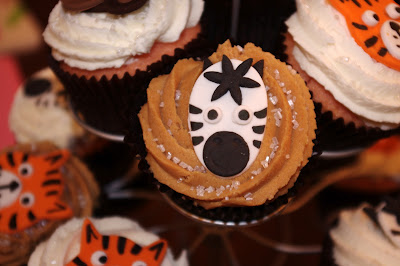 On a side note, check out these adorable cupcakes that my sister’s sister-in-law made for the baby shower. She made chocolate cupcakes with peanut butter icing and vanilla cupcakes with white chocolate icing, both of which were delicious. The cupcake toppers came from here and were the perfect addition since they were going with a safari-theme. 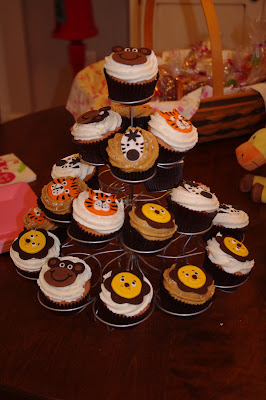 Have you ever wanted to take pictures of other people’s houses, or am I the only strange one?